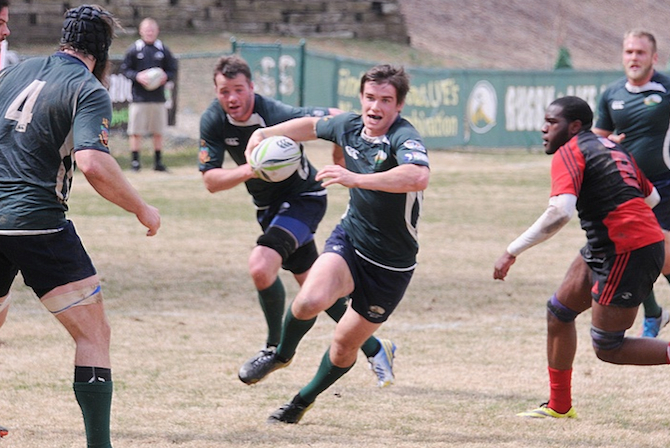 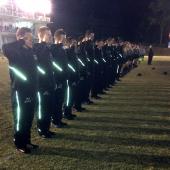 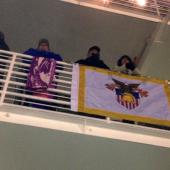 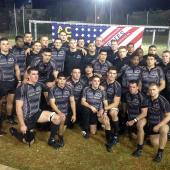 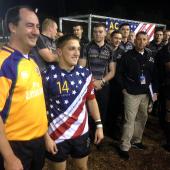 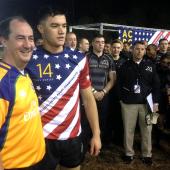 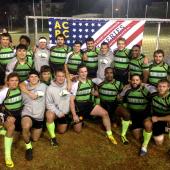 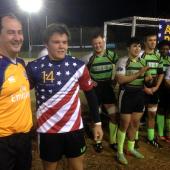 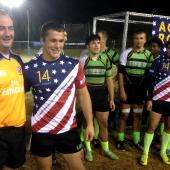 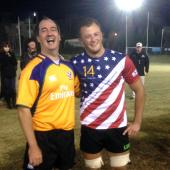 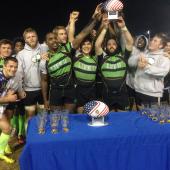 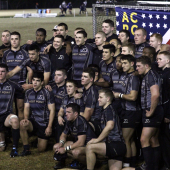 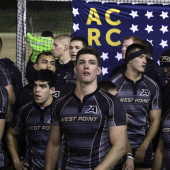 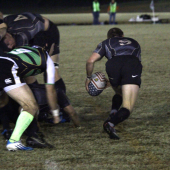 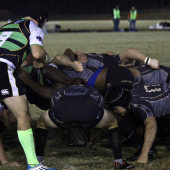 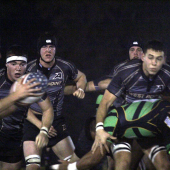 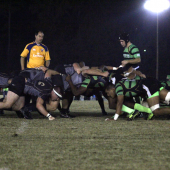 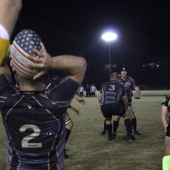 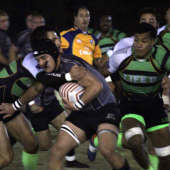 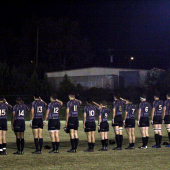 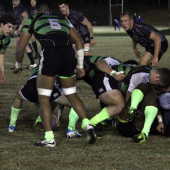 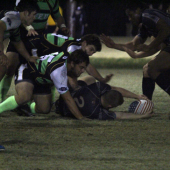 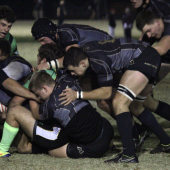 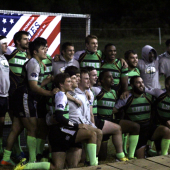 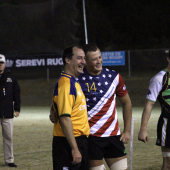 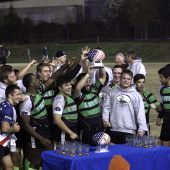 Ryan Ginty, commentator for Goff Rugby Report's live webcast of the ACRC Bowl Series, may have put it best: "Life is putting on a clinic." And they were.

The Running Eagles of Life University were a wall on defense and built bridges through the men of West Point's formidable line on the way to an unexpected 53-19 pummeling of Army.

The final in some ways does not reflect what was often a defensive battle as both teams struggled to break through on the verge of the try zone on both sides of the field. It came down to quickness, positioning and passing skill for the Running Eagles, who found a way to score against a Black Knight team that vanquished all comers in the D1 Rugby East conference this fall.

Life’s appearance against unbeaten Army at the ACRC Bowl Series in Charlotte on Nov. 22 is regarded as the de-facto ACRC championship match. Army, ranked #1 in the ACRC Coaches Poll and #3 in the Canterbury D1A Top 20, and Life, ranked #2 in the Canterbury D1A Top 20, are perennial top-5 national teams and promise an extremely high level of play when they take the field at 6:15 p.m. on Saturday.

Army, Rugby East Conference champion, is coming off victories against Kutztown, Air Force and Wheeling Jesuit to close out its perfect fall. Players to watch include senior flanker Collum MaGee, senior prop Dave Evans, sophomore center Andrew Fargo and wing David Huff, a starter in his freshman year who scored in six of the team's seven contests and leads the team in tries with nine.

“We’re excited to be a part of this and we’re honored to share the field with West Point,” Life coach Dan Payne told the Goff Rugby Report. “We’ll be ready.”