For the third year in a row, Schuylkill River RFC is poised to host the Philly 7s rugby tournament in the Philadelphia area. Schuylkill River is set to host the best rugby the Mid-Atlantic region has to offer. In 2019 though, SR is doubly proud to host the USA Rugby 7s Eastern Open, an automatic national qualifying tournament, as well as add a URugby partnership to the mix.

After last year's inaugural success, USA Rugby is once again offering automatic qualifiers for its Club 7s National Championship -- Schuylkill River RFC and URugby received the bid to host the event. Replicating the National Championship structure, the Eastern Open will pit up to sixteen of the top programs on the eastern seaboard against one another. The winner will secure their birth in the national championship tournament.

Hosted in Virginia in 2018, it was the Dallas Reds who picked up the automatic berth to nationals in the 2018 USA Rugby 7s Eastern Open. In 2018, Dallas won all five of their matches defeating Chicago in the semis before a convincing 26-5 win over Rocky Gorge, MD in the final.

Find out more about the 2020 Philly Sevens »

In 2017 and 2018, SRRFC hosted the prestigious culminating tournament event of the Mid-Atlantic Conference Summer 7s Rugby Series. The premier division series winners represented the MAC at the USA Rugby National 7s Championship. The previous events were held in the suburban Philadelphia town on Doylestown, PA.

This year's national tournament will once again attract rugby teams from as far away as Chicago, IL and Dallas, TX while still featuring a regional and local flavor. Crowds in the thousands are expected to watch the championship event.

Pat Boyle, Schuylkill River Director of Rugby, commented, "Hosting a MAC qualifier in 2017 and 2018 was a huge honor as it’s the pathway to play for a 7s national championship. Hosting the 2019 USA Rugby 7s Eastern Open with it's automatic qualification with the partnership of URugby raises the bar for Schuylkill River. Our organization couldn't be prouder. Along with the CRCs, the Philly 7s will continue to showcase the talent of the Eastern Pennsylvania Rugby Union, the Mid-Atlantic region and now the entire eastern half of the United States. We brought in URugby as we continue to raise the level of the event."

The 2019 event hosted in Malvern PA at the Greater Chester Valley Soccer Association will feature players from 5 to 60 years of age. With four full size fields and rugby from 8:00am to 6pm rugby on Saturday June 29th, divisions of all ages will compete for local, regional and now national implications. 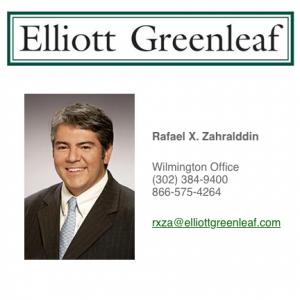