The ACRC 7s is set for April 30 and May 1 at the Virginia Beach Sportsplex in Virginia Beach, Va. Twelve teams are expected to compete in the men’s college 7s tournament, which features some outstanding talent along the East Coast.

Heading up the list of teams is Kutztown University. KU has been active in 7s all winter and spring, going undefeated with two teams at the Capital 7s in March, and following that up with a win at the Cardinal Conference 7s. Then earlier in April, the Bears won the Empire 7s at Colgate. The only difficulty they ran into there was that they actually gave up some points - something they didn’t do at the Capital or Cardinal tournaments.

KU also made the final of the Ariel Re 7s in Bermuda, where they lost in the semifinal to Dartmouth and in the 3rd/4th game to the Bermuda national team. The Bears have all sorts of talent - the speedy Alex Faison-Donahoe, the elusive Robert Stortz, and the power-running Vetakina Malafu. But without those players they’ve still got David Snead, and the imposing Wes Hartmann. KU Head Coach Gregg Jones has rested several of his more well-known players but will have everyone available for the ACRC 7s. Meanwhile, flyhalf Trent Hensley and wing/center Murphy Lill have emerged as exciting contributors in their own right.

Kutztown also fields their 2nd side, and don’t think they will be walkovers. KU II was unbeaten in the Capital 7s, as well, and finished 3rd in the Cardinal 7s. Nick Hohlt, Andrew DeColli, and Johan van Wyk are normally forwards in 15s, but have show plenty of 7s smarts and will be a handful.

Stony Brook is led by the try-scoring Phil Salter and elusive Bryan Michel. The Seawolves take their 7s very seriously and win with a team approach to ball movement and looking for space. Stony Brook isn’t very big, usually, so they use the ball to do the work. They made the final of the Ariel Re 7s in Bermuda, beating Notre Dame College on the way.

Penn State has been working on 15s through March, and the ACRC 7s will be an important 7s step for them, with the CRC looming in June. What they have is a smart, athletic team with Malcolm May, Michael Eife, and Jimmy Ronan all likely to be a part of the Nittany Lions 7s effort.

James Madison is the defending USA Rugby DII 7s champion and will be a serious contender in the DI bracket this year. JMU is led by the all-versatile Mo Katz in the forwards, who never shies away from a challenge, the try-scoring Matt Narzikul, and Federico Meersohn as playmaker. JMU won the Capital 7s Series tournament tournament Feb 27, and made the semifinals of the Las Vegas Invitational tournament. They are serious.

Delaware is back on the field and finished tied for 5th in Las Vegas. They’ve spent most of their time in the spring preparing for the DIAA 15s playoffs, but with a smart coaching team and players who are experienced in 7s, they will always be a factor.

St. Joe’s has been good at 7s for years, and it’s their ball movement, kicking skills, and ability to read the field that makes them dangerous. Old Dominion, Drexel, Lehigh, and Hampton Heat are all teams that have won at the DII level, with Drexel perhaps lurking as a dark horse. The Hampton Heat is a special group, made up mostly of players who graduated from the Hampton Boys HS program in Virginia. The Heat are college-age players playing in the region, and the Heat plays in the Cardinals DII college conference. Several Heat players have been recruited to colleges as a result of their performances with the Heat. They are fast, and smart.

The ACRC 7s will be live-streamed, with a pre-tournament show. Stay tuned to Goff Rugby Report for more on that.

For more on the ACRC 7s, go here. (There's still a chance to get your team in this tournament, so click on the link.) 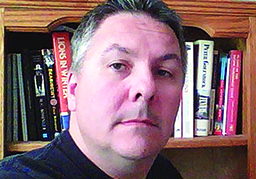 Alex Goff has been as the forefront of American rugby journalism since the mid-1990s. He has been published in news outlets all over the world and was Editor-in-Chief of RUGBY Magazine for four years. He is now editor of his own news outlet.

Read more from Alex online at The Goff Rugby Report