Iona College rugby alumnus and co-creator of the ALS Ice Bucket Challenge Pat Quinn came to the Iona campus on Saturday for the Iona vs Rutgers rugby match.

While the Iona A-side defeated the Scarlet Knights 53-3 (and the B-side won 22-17), the biggest winner of the day was the fight against amyotrophic lateral sclerosis (ALS). After the game, Pat Quinn talked about ALS and the Ice Bucket Challenge to bring awareness and financial support to combat this disease.

Quinn announced an Iona College school-wide ice bucket challenge, coming Sept 18, and spoke to teams, parents and fans about ALS and what it's like living with the disease.

A Personal Fight Against ALS

Diagnosed with ALS in March 2013, Quinn’s “Quinn for the Win" network was one of the first groups to push the ALS Ice Bucket Challenge last summer.

“We connected the challenge to people in the ALS community and were the major catalyst in getting it from New York to Boston,” Quinn tells URugby. “Once it hit Boston and my man Pete Frates, it took off across the world.”

“It's an amazing honor to be recognized as a co-founder of the ALS Ice Bucket Challenge,” Quinn says. “The fight against ALS hasn't had much change since Lou Gehrig gave his farewell speech from baseball over 76 years ago, and it's about time something happened. We made it happen through the ALS Ice Bucket Challenge. It makes me so proud, but even more driven to keep fighting.

“ALS is very difficult,” he says. ”We need to build on the momentum created last summer because at this point, no one beats this disease. We need to change that.”

Donations toward continued care for Pat Quinn can be made at www.q4tw.com (while the IBC has raised over $220 million for medical research, the challenge does not financially help individual patients).

Quinn For the Win » 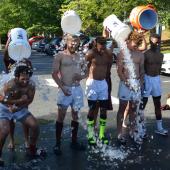 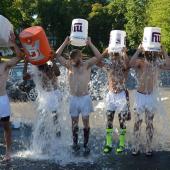 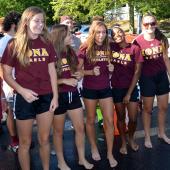 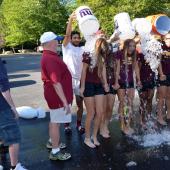 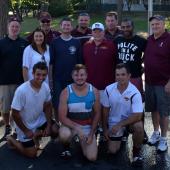 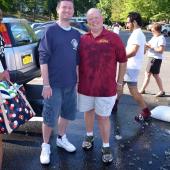