Acadia RFC was established in on December 4th, 1878. In the club’s first 12 seasons Acadia RFC did not lose a single game. The first two teams in the league were Acadia and King’s College. The league later expanded to include St. Francis Xavier, Dalhousie, University of New Brunswick, and Mount Allison.

When rugby was first introduced to Acadia the sport was deemed a club team sport due to the Board of Governors opinion that rugby was ‘too violent’. Despite this in 1920 mens’ rugby at Acadia became a varsity sport and stayed that way until 1956. Acadia RFC use to play on a field that was located just outside Chipman hall until the early 1920’s when games were moved to Raymond Field. Acadia won their first championship on Raymond field in 1947, beating St. F.X 8-5.

Two of the longest games of rugby in Nova Scotia history were played between Acadia and Mount Allison in 1933 and 1936, the first lasting 100 min, in a tie, and the second lasting 112 minutes with Acadia emerging victorious. The game was so long that cars surrounded the field with there head lights on to provide light.

After the 1955-56 rugby season Mount Allison and Dalhousie discontinued their rugby programs, and subsequently switched to Canadian football. This eliminated all opposition for Acadia RFC. Rugby would not be played at Acadia until the 1970s when the club reemerged.

ARFC provides an opportunity for male rugby players to further their rugby careers within a very social and accepting club. Members of all skill level will have the chance to train along side high calibre athletes and under the guidance of a very reputable coaching staff. Along with the obvious health benefits of consistent physical activity, members will receive the added bonus of the social aspect of the club and sport alike, allowing athletes to build friendships with teammates and opponents across Nova Scotia. 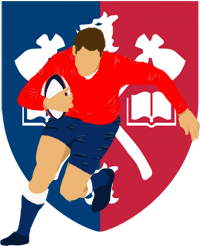