Indiana is looking to attend the 2018 Ariel Re Bermuda Intl 7s to be held in March 2018. The highly successful 7s squad is coached by David Fee.

We have been stressing the need to play the entire game all season. To not give up either when ahead or behind. It has paid off for us when we played Wisconsin, and Davenport.

Bryce Campbell
Position: Inside Center
Player of the month in the BTU. Major contribution is that he sets up a lot of tries for everyone around him.

Teddy Terezis-Main (Granger, IN)
Position: Wing
Contribution is he is our post kicker, and has given us the ability to win some tight games.

Indiana has enjoyed a great fall 2015 season, standing at 5-0 in the BTU after a win against Michigan State on Oct. 24. Ranked #3 nationally by Goff Rugby Report after the win, the Hoosiers stood alone at the top of the Big 10 after Wisconsin and Ohio played to an 18-18 tie that same weekend. Indiana defeated Wisconsin Nov. 7 before the BTU championships on Nov. 14, where they won a thrilling 34-14 victory over Ohio State to claim the BTU championship. 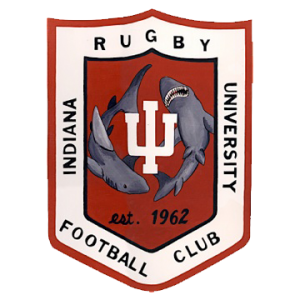