Lindenwood University Belleville Rugby is a varsity men's rugby program which kicked off their inaugural season in the fall of 2015. Situated in southwest Illinois, Belleville boasts a beautiful small campus on the outskirts of St. Louis.

"I am thrilled to be joining the fold at Lindenwood – Belleville," stated Clifton. "The opportunity to build a varsity program from whole cloth is a rare one. I feel beyond fortunate to be able to take on the challenge of building a program the university, Belleville, and the greater St. Louis rugby community can be proud of."

For the past 10 years Clifton has been playing, coaching, refereeing, administrating, and writing about rugby. Clifton began to play rugby at the University of Central Missouri and continued his playing career with the Kansas City Rogues and the Kansas City Rugby Football Club.

After graduating from Central Missouri in 2009, Clifton started writing professionally with RUGBY Magazine and RUGBYMag.com, which is now RugbyToday.com. Clifton started out as a freelance writer and moved up to his current role as associate editor. On the coaching front, Clifton founded a high school club – the Kansas City Cougars in 2012 – and has served as the head coach ever since. Clifton has also been a wrestling coach at the high school level.

As volunteer administrator, Clifton has worked with the Kansas City Rogues Rugby Football Club, Heart of American Rugby Football Union, University of Central Missouri Rugby Club, and the Gateway Collegiate Rugby Conference. He has held every position from secretary, vice president and president, to commissioner and founder of a college conference, college club, men's club, and local governing bodies. Clifton talked about his experiences and how he can use those at Lindenwood – Belleville.

"Having been part of the Midwestern rugby community since picking up the game, and having coached at the grassroots level, I hope to build a sturdy bridge between the area's many quality high school programs and the Lynx." 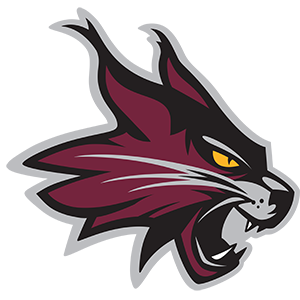