The New England College Rugby Football Club (NECRFC) entered the East Coast Rugby Conference in the fall of 2015. In May 2016, Tal Bayer was announced as the new men’s coach, replacing Jeremy Treece. Bayer is a former head coach at Wheeling Jesuit

NECRFC was founded in 1981 by Jay Gardner, who, after spending a semester studying abroad in Arundel, England in the fall of 1980, came back to Henniker, NH determined to start a rugby team. Over the years, the NECRFC established a proud tradition of great rugby.

After going dormant from 2006-2009, the team was resurrected in 2010 and by the end of the 2012 fall season had re-established itself as one of the dominant teams in the region, winning the New England Rugby Football Union (NERFU) north division championship and the National Small College Rugby Association (NSCRO) northeast regional championship. In 2013, only their second year in the NSCRO, the Lions came in third in national sevens and 15s competition, and a year later placed second nationally in 15s and won it all in sevens by taking the NSCRO championship in Philadelphia.

In December 2014, Director of Rugby Jeremy Treece announced the team would move to Division 1 competition in fall 2015, joining the East Coast Rugby Conference. The team finished their 2015 15s season with a record of 6-2 in the ECRC. 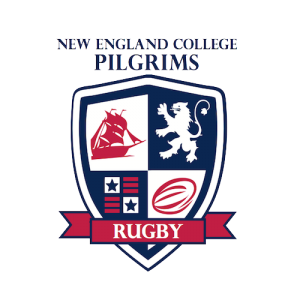