Purdue University fielded a rugby team for the first time in the Spring of 1970.

Todd Davis, who had played most recently for Washington, D.C. RFC and then was married on the pitch at halftime of a Fort Wayne RFC match, was returning to campus and went there with a schedule for Purdue already confirmed in November and December of 1969. Most teams contacted were reluctant to schedule, as they knew the Boilermakers did not as yet have a team.

Davis put out the call on campus and one of the first responders was John Burns, with California and Atlanta rugby experience. He was to become the first club president. Almost simultaneously, graduate student ruggers from England, Australia, Norway, New Zealand, Ireland and South Africa gathered up with many enthusiastic Americans to form a winning XV from the git-go. The first game was a 14-6 victory over Fort Wayne.

Coincidentally, University President Fred Hovde had been a Rhodes Scholar and won his Oxford Blue vs. Cambridge in the 1931 fixture.....only the third American to do that at the time.

From those 1970 beginnings the Boilermakers launched a colorful history that includes hosting the infamous 1972 Big Ten Tournament, putting together many championship-calibre teams with select-side players over four decades, and culminating that 40-year span with a large anniversary gathering in 2010 with their rivals and comrades from Indiana University.

With the start of the Big Ten Universities Rugby Conference and the inclusion in Division 1A rugby in fall 2012, Purdue is looking to add to its long, proud history. With several second generation Purdue rugby players and several other talented, young players, the future remains bright for the Boilermakers! 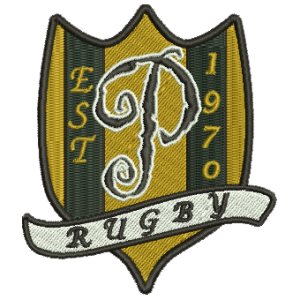