Ariel Re Continues to Support Rugby in Bermuda

For the fourth year in a row, Ariel Re has claimed title sponsorship for the annual high school and collegiate 7s tournament held in Bermuda every March. In addition to sponsoring the annual tournament, Ariel Re has been a main sponsor for the Beyond Rugby program in Bermuda for the last six years. The program has done an impressive job of getting kids involved in the sport of rugby, especially in local middle and high schools.

In an interview with URugby, Ariel Re said, "Our sponsorship of the Bermuda 7s is a natural extension of our support for Beyond Rugby, because the tournament gives Bermuda’s young players – some of them graduates of Beyond Rugby – the opportunity to play the game they love right in their own backyard. We also want to show people from around the world that the island is a wonderful destination for sports tourism."

As part of their work with Beyond Rugby and the Bermuda 7s tournament, Ariel Re sponsors the rugby All Star team on the island. For the past three years the Ariel Re All Stars has been coached by legendary 7s player and World Rugby Hall of Fame recipient Waisale Serevi (pictured above). Serevi has previously compared Bermuda to his native Fiji, stating that players struggled with training due to lack of funding and local support.

In more recent years the support from individuals and the community, like Serevi and Ariel Re, has made Bermuda a dominant force within Caribbean rugby. Throughout the year Bermuda hosts a number of world-ranked rugby teams for training, including the London Saracens who went up against the USA Islanders in August 2017. Bermuda is also home to the annual World Rugby Classic Bermuda, which is held every November. The 2018 edition of the Classic was the fourteenth edition of the tournament, of which Ariel Re was also a sponsor.

With the Classic catering to a higher class of international teams, Ariel Re continues to support youth rugby on the island, giving local players meaningful opportunities to play and grow. "We believe in securing the future in the communities in which our company and employees live and work. Supporting the development of Bermuda’s young people is central to that belief. Through sports, young people are much more likely than otherwise to become healthy, confident and engaged. And this is the kind of young people who in turn grow up to make positive contributions to the community."

When asked about the upcoming Bermuda 7s tournament, Ariel Re stated, "This year, we look forward to seeing the tournament not only continue to grow in size, but also to become a more family-friendly atmosphere that features more activities for kids."

The 2019 Ariel Re Bermuda Intl 7s is free to the general public on March 15-16, 2019 at the National Sports Centre field and clubhouse (pictured below). 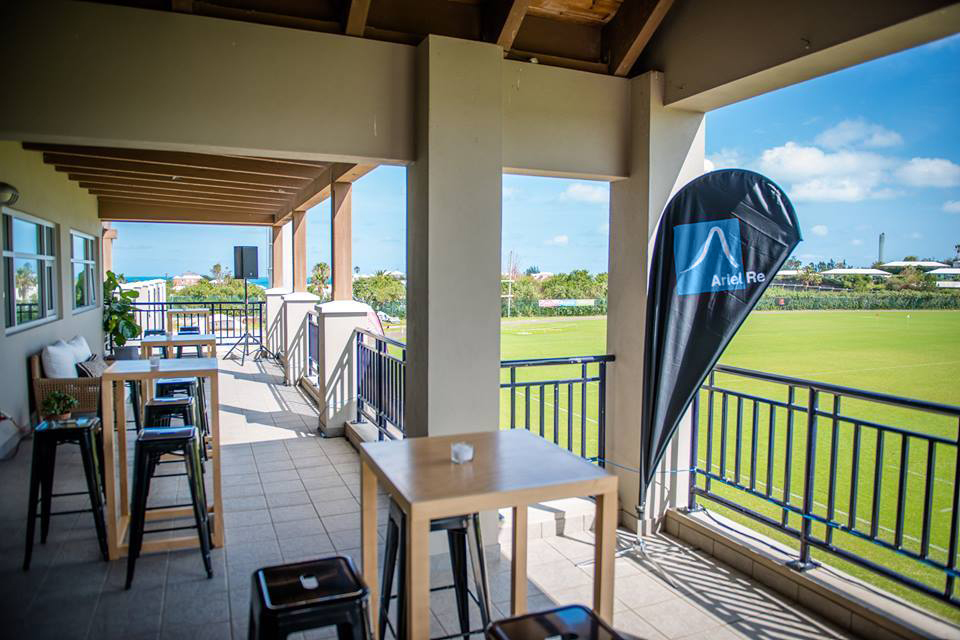 Ariel Re has been the title sponsor for the annual Bermuda 7s tournament since its inception in 2016.

Ariel Re is the property and casualty insurance and reinsurance platform of a joint venture between Banco BTG Pactual S.A. (BTG) and Abu Dhabi Investment Council. Established in 2005, Ariel Re conducts the majority of its business through Ariel Re Bda Limited.

Learn more about Ariel Re »