Climb to the Top of Gibbs Hill Lighthouse

Climb to the top of Gibbs Hill Lighthouse for a surreal birds-eye view of the island, and an accompanying dose of local Bermudian history. On the way up, you'll climb 185 steps or eight flights of stairs!

The History of Gibbs Hill Lighthouse

Gibbs Hill Lighthouse was built on May 1, 1846, and has been utilized to guide seafarers ever since, first by kerosene lamps and finally by modern day electricity. In the decade before the lighthouse was constructed, a total of 39 vessels were wrecked off the Western end of Bermuda.

The original Gibbs Hill lighthouse produce light in 1846 by a concentrated burner of four circular wicks. This was replaced in 1904 with a five wick burner using a gals chimney, which was operated until 1923, when a kerosene burner was installed. Electricity was adopted in 1952, but the kerosene burner was still used during power failures until 1964.

At the time of its construction in 1844, steel was not available for building purposes. As a result, Gibbs Hill Lighthouse is one of the few in the world made of cast iron. 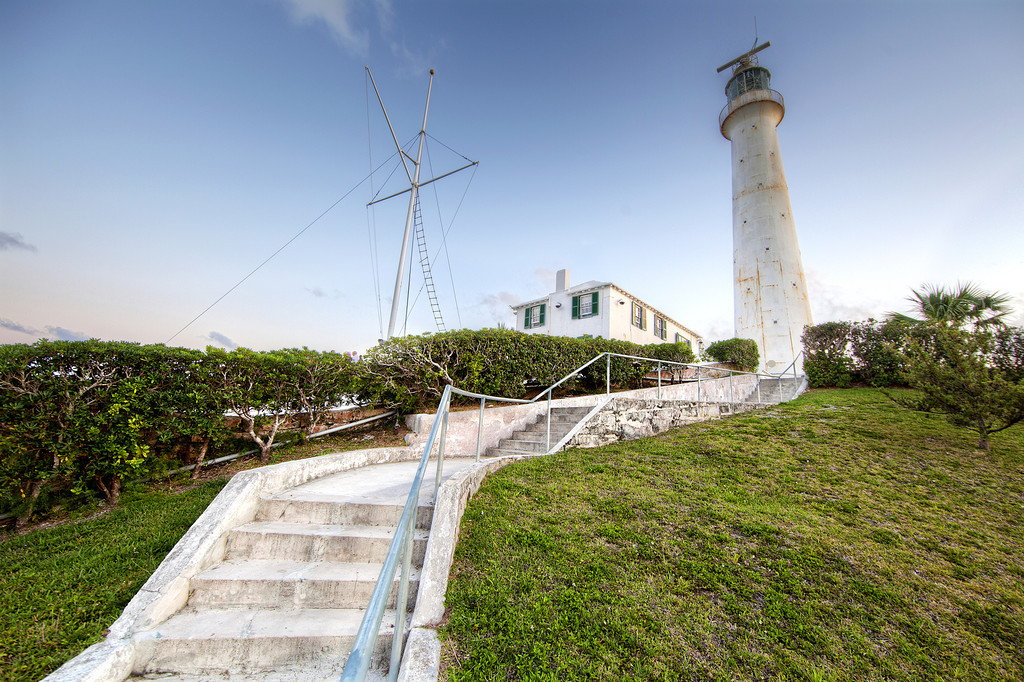 The lighthouse is built next to the Signal Station on Gibbs Hill, originally operated by the British Army. Oddly enough, the house occupied as the Signal Station was owned by a family of seafaring men who sailed through the dangerous reefs back in the 1700’s without benefit of the warning light which now bears the family name. The hill on which the lighthouse stands is 245 feet high, while the structure itself measures 117 feet from base to light.

After you're done climbing to the top of Gibbs Hill Lighthouse, make a stop at the gift shop or get a bite to eat at the lighthouse dining room, which is housed in the former lighthouse keeper's cottage!

Read more about the Top 10 Bermudian Activities for Athletes »