As teams start to register for the 2018 Bermuda International 7s tournament, several universities have committed to compete for the Cup. Kutztown, Stony Brook, and St. Joe's are just three of the returning teams making the trip next March. 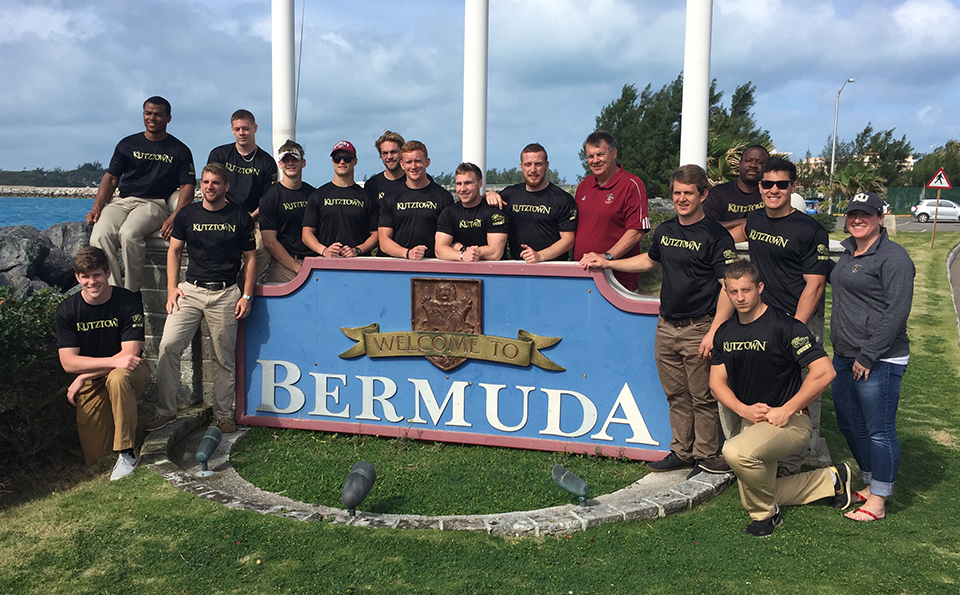 With their winning streak already established in Bermuda, Kutztown University returns to defend their crown and is bringing a second side to boot.

In 2017, Kutztown took home the title of champions by defeating the Bermuda All-Stars on their home turf by a convincing score of 33-5. Watch the match »

The Bears also placed fourth place in 2016 at the Ariel Re Bermuda 7s - racking up 100 points in pool play Friday at the National Sports Centre.

Throughout the 30 years at Kutztown, the Doc Jones and the rugby team has amassed an outstanding number of wins and titles. The team sports over 820 match wins in 60 winning seasons. Next for KU is nothing but elite!

The KU men's and women's rugby clubs have been promoted to Elite Status on campus, effective January 2018.

Stony Brook Closing in on Title 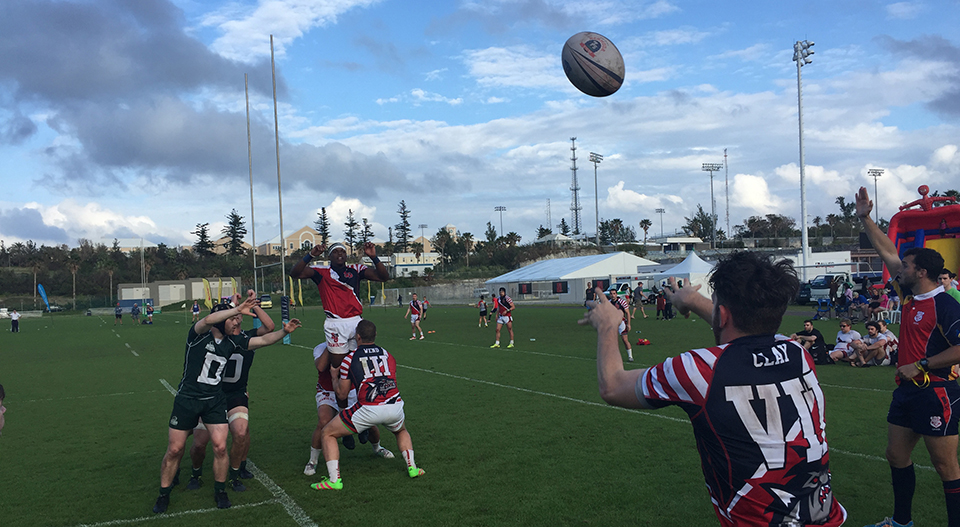 Returning for the third year, Stony Brook University and head coach Jerry Mirro have high hopes of taking home the top prize in 2018.

Last year, Stony Brook defeated Iona College by a score of 12-7 to win the Plate Final. At the 2016 Ariel Re Bermuda 7s the Seawolves made it all the way to the Finals after defeating the ever-strong Notre Dame College in an outstanding semifinal match. In the Finals, Stony Brook suffered a tough loss in a great match vs Dartmouth by a score of 22-7. Watch the match »

With explosive growth in their rugby program over the past few years, Stony Brook dominated the Empire Conference, becoming reigning champs in 2011, 2013 and 2014. The Seawolves are also ranked Top 15 in ACRC 15s and Top 5 in ACRC 7s. 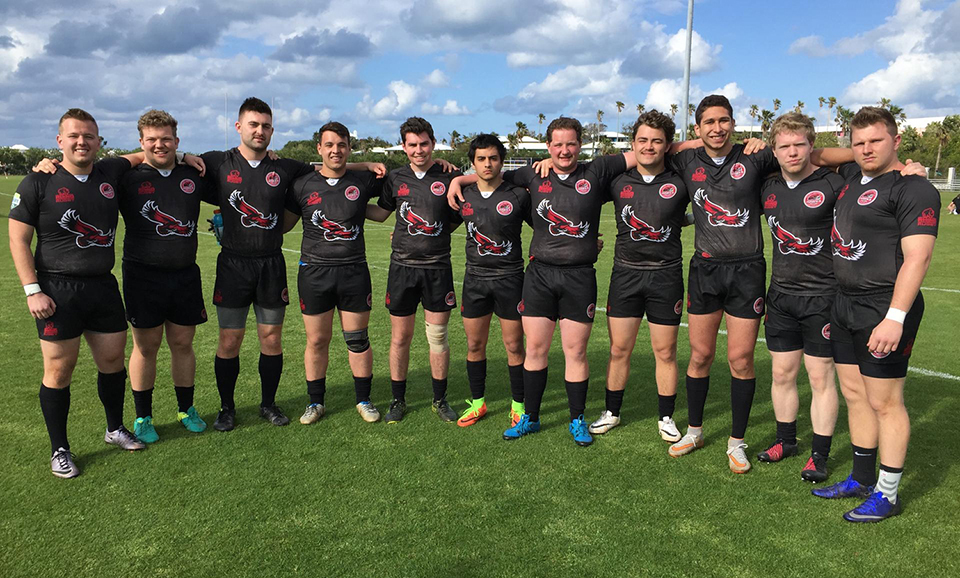 Saint Joseph's University has made the trip to Bermuda twice already.

At the 2017 Ariel Re Bermuda 7s the Hawks made it to the Semi-Finals before losing a close match with a controversial finish against the Bermuda All-Stars. In 2016 the team scored several memorable tries, but unfortunately didn't place in their pool.

SJU has always has hardworking and talented rugby players, taking home several Conference and Division championships over the years. In his 2016 ACRC7s preview, Alex Goff said, “St. Joe’s has been good at 7s for years, and it’s their ball movement, kicking skills, and ability to read the field that makes them dangerous.”