Bermuda's own Nathan Morgan received a rugby scholarship to travel to attend college the USA. Nathan represents the best of the Beyond Rugby Bermuda program, both on and off the field.

As a stand out player on the island, many weren't surprised when Nathan decided to attend New England College (NEC) this past fall.

Having been familiar with the youth development and coaching of Patrick Callow for several years, NEC Head Coach Tal Bayer was excited at the opportunity to recruit and eventually work with Nathan Morgan from the Beyond Rugby Bermuda program. “Nathan has been a wonderful addition to our program both on and off the field. His maturity, discipline and positivity have been an asset to our young team.”

Beyond Rugby works to give Bermudian youth a chance to choose positive lifestyles through structured after-school sports and academic support services. BRB’s main goal is to help children graduate and learn core life values through rugby.

Coach Bayer went on to say, “Nathan represents the best of Beyond Rugby Bermuda with pride but also his family and his home island of Bermuda. We hope to see many more young men and eventually young women from Bermuda join us at NEC in the coming years.”

Nathan continues to become a standout leader both on the field but also on the campus.

The New England College (NEC) rugby team was founded in 1981. As an Independent D1AA team in the East Coast Rugby Conference, the Pilgrims became National Champions 2015 in 15s and 2014 in 7s.

Playing for Beyond Rugby Bermuda

Nathan said that, thanks to Beyond Rugby, his communication and speaking skills grew exponentially over the years.

“When I was in S1 I didn't like talking to people: I didn't really have good eye contact, I was shaky, I was nervous.” Nathan explained in an interview with the Royal Gazette. “But years went by and I got better and better, and then in my last interview in S4 they said ‘Oh, you were great’ and I said ‘Oh yeah, but it’s because you guys helped’.”

Nathan’s progress from a shy and frustrated kid to a more than confident leader was exactly the kind of progress that Beyond Rugby represented. “I couldn't think of a better person than Nathan to represent Bermuda,” BRB Coach Patrick Calow said.

In addition to playing for BRB, Nathan played for Cedarbridge Academy and was a part of the elite Bermuda Rugby U17 Tour squad. 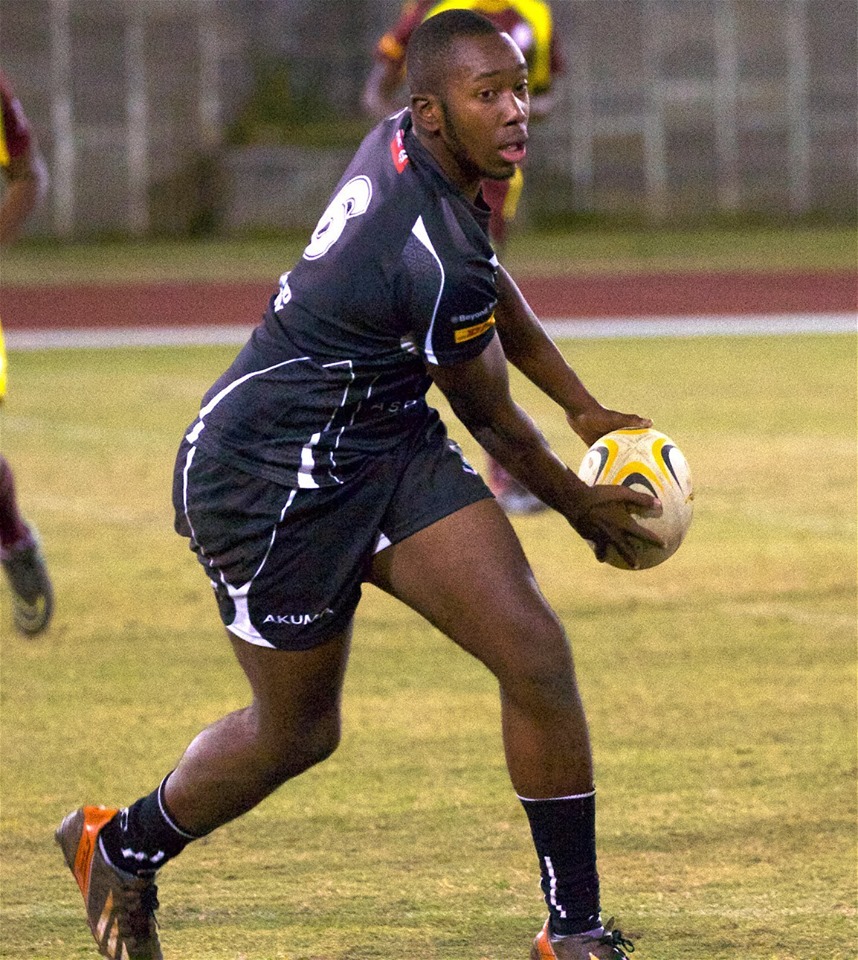 The Benefits of Beyond Rugby

Like Nathan Morgan, many players on both the men and women's Bermuda All Stars teams owe their success to the Beyond Rugby program. These teams pull talent from local school programs from skilled rugby squad with players from Cedarbridge Academy, Berkeley Institute, Saltus Grammer School  and Warwick Academy to tour nationally and internationally.

International tournaments hosted on the island, like the annual Ariel Re Bermuda 7s, bring high school and college players from the U.S. and Canada to Bermuda, not only providing healthy competition to local teams but also boost tourism on the island.

The annual Bermuda 7s tournament also offers the perfect opportunity for college coaches to recruit Bermudian players. "In [2017], the Bermuda 7s tournament really built on that first-year success by attracting more teams and thereby creating more opportunities for local rugby players to showcase their skills in front of many collegiate coaches," Ariel Re told URugby in an interview.

Beyond Rugby effectively teaches and trains youth in fast-paced, dynamic environments to develop as student athletes and rugby players. After graduation players are often recruited to play for American colleges, like Nathan Morgan, or for the national All Star teams.