A prolific try scorer, Chris Ashton’s performances in a Saracens shirt since his arrival from rivals Northampton Saints in the summer of 2012 have underlined his reputation as one of European rugby’s deadliest finishers.

Heading into the 2016/17 season, only Irish legend Brian O’Driscoll (33) and Toulouse stalwart Vincent Clare (36) are ahead of Ashton in the pantheon of European try scorers, with the Sarries wing racing to 31 tries in just 50 games.

In Saracens journey to their first ever European final in the 2013/14 Heineken Cup Ashton scored a record 11 tries, scoring two tries in his side’s demolition of ASM Clermont Auvergne in April 2014 to eclipse the 17-year record of 10 tries in a season set by Brive wing Sebastien Carrat in 1996-97.

A deadly poacher, Ashton has played a key role in Saracens Premiership wins in 2015 and 2016, and the club’s maiden Champions Cup title.

A career that began in Rugby League with his hometown club Wigan Warriors, Ashton switched codes in 2007 to join the Saints where he broke the Championship try scoring record (39 tries in 25 games) in his first season in the 15-man game.

He was voted Premiership Player of the Year in 2010, and has won 39 England caps, scoring 19 tries. 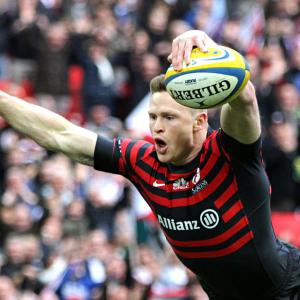 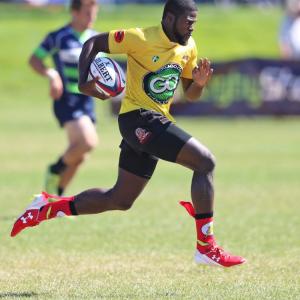