During Saracens’ double-winning season, Scotland international Duncan Taylor firmly established himself as one of Europe’s finest outside backs.

Winning the Club’s Players Player of the Season award in 2015/16 underlined the all-action centres standing within the squad as one of Saracens most potent attacking options.

The versatile back, who has featured for Saracens at centre, wing and full back, joined the club from Bedford Blues as a dual registered player at the start of the 2011/12 season. He continued his impressive form for Saracens during the 2013/14 season, with the rangy midfielder continuing to excel at both domestic and international level.

The centre had an impressive 2012/13 season for Saracens that saw him initially make his international debut for Scotland A before being awarded a full cap for his country on their summer tour to South Africa.

Since then, Taylor has cemented himself as a Scotland regular, with his 2016 Six Nations form receiving high praise from Scotland Head Coach, Vern Cotter.

Taylor is used to flying under the radar. His childhood was split between England, Scotland and Australia following his father, pharmaceutical salesman. He never made it on to a county representative team let alone the books of a professional club. He took the long way round into professional rugby. Playing at Olney, Taylor was invited to train by Bedford. That led to a contract and another invitation, this time to train at Saracens and he hasn’t looked back since. 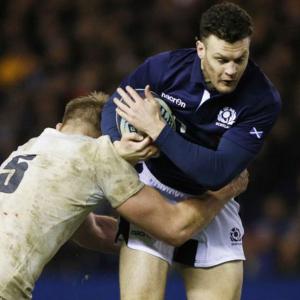 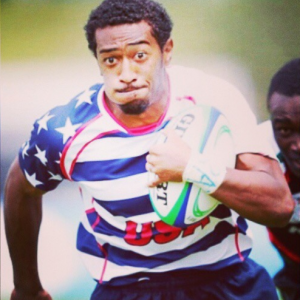