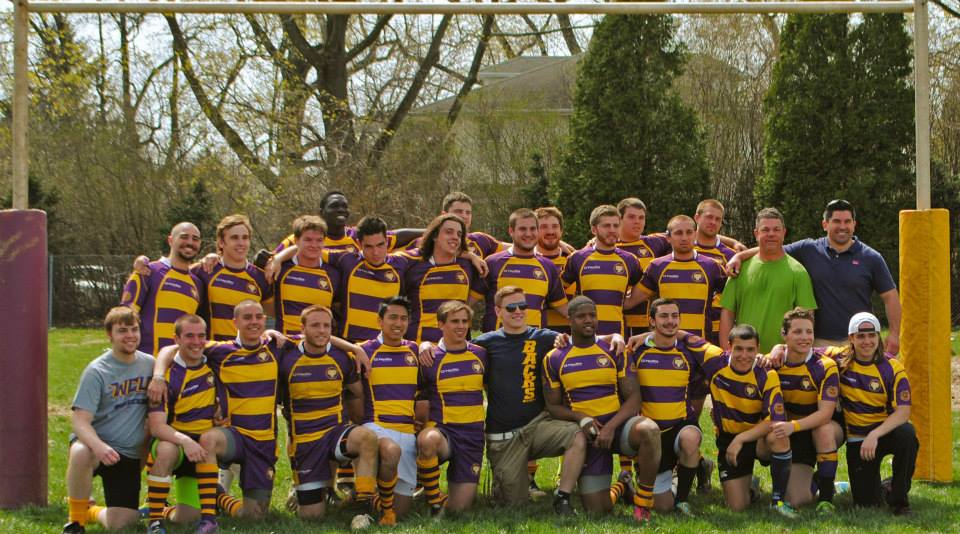 The game started quickly with Villanova taking early advantage of a West Chester miscue.  A line out allowed Freshman second row forward Logan Khelil to punch through the Golden Rams forward pack for the first score of the day.  At the seven minute mark, Senior Fly-half Sean “Mystic” Sawyer weaved his way for a try off a Golden Rams knock-on.  Sawyer, also on kicking duty, was able to make the conversion to put Nova up to an early 12-0 lead.

The Wildcats continued an aggressive first half, dominating both possession and scrums.  Sawyer put up two more tries, and Sophomore fullback Tim Plante showed his speed to break through the line for another try late in the first half.  Nova finished off the half up 29-0.

In the second half, Villanova continued to turn the screws.  An impressive run by Billy Gordon broke through the West Chester back line, resulting in an off-load to Logan Khelil for his second try of the day.

West Chester showed some life half way through the second frame scoring twice and converting once.

Finishing strong, Villanova Backs Captain Billy Gordon broke through the line again for a long run, resulting in a final try, putting the Wildcats up 41-12.

A heartening showing for Villanova after a rough loss to St. Joes last week.  Good forward play on set-pieces, as well as the ability to string together phase play helped Nova demonstrate their dominance on the pitch.  This match was a much needed boost, especially for a handful of younger players for our A-Side who are still learning the ins and outs. In addition, a B-side game let all our boys show off their skills and play a good bit of rugby.