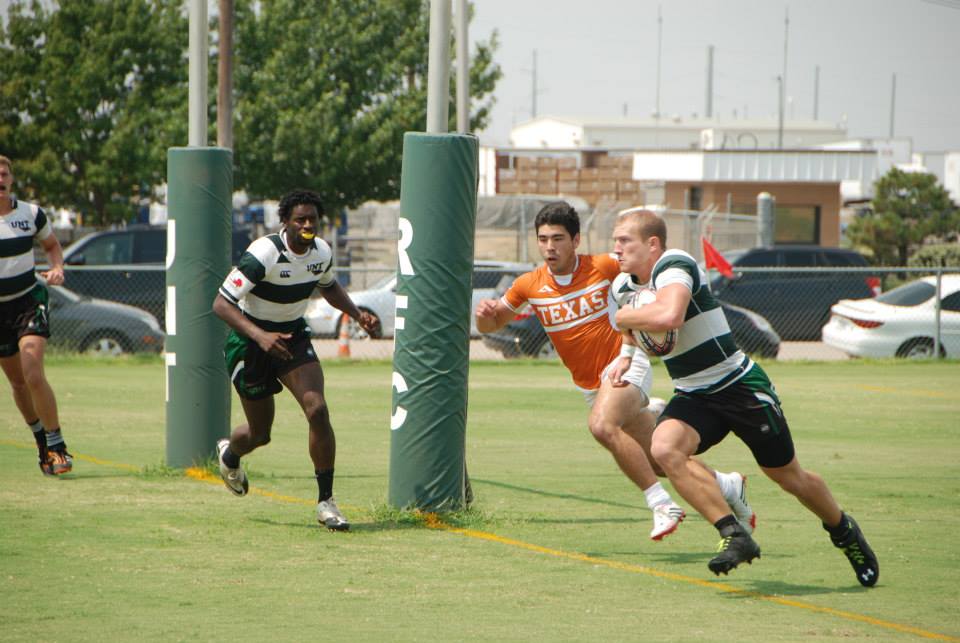 The UMass Minutemen scored a decisive victory over The University of North Texas at the ACRC Bowl Series in Charlotte, shutting the Mean Green down for 80 full minutes in a big 46-0 victory.

Among those coming up big for the Minutemen were team captain Devin Ibanez, as well as fellow Men of the Match Alphonsus Preza and Todd Theodat.

UMass, who notched impressive victories in recent weeks against UConn and Middlebury, have proven they can take on all comers in the highly competitive ECRC. Texas State, meanwhile, is taking nothing for granted, playing extra matches to prepare for the Bowl Series including a game against the Dallas Harlequins men's rugby club last weekend.

Expect a tough, defense-focused match between these two athletic squads.