Clemson secured their third-straight 2015 ACRL championship with a win over Virginia Tech on Nov. 14, 2015. It would be the last time an ACRL champion was crowned. The Tigers now compete in the Varsity Cup.

The Tigers finished the 2015 fall season at 6-0 and played ECRC champs AIC on Saturday, Nov, 21 at the ACRC Bowl Series - AIC won the contest.

In 2014, Clemson won the ACRL Championship by beating then-main conference rival Maryland. Both teams were undefeated going into the final. This was the second straight ACRL championship for the Tigers, who were also a national Elite Eight finisher in 2013. Clemson defeated the University of South Carolina in the 2014 ACRC Bowl Series by a score of 40-14.

Life University for homecoming was a big match for the team, helping us define ourselves on the collegiate rugby landscape. We were able to play with Life for 50 minutes (0-5 score line).

Life had always been the unbeatable foe in the past in the minds of the players. The team’s ability to play with a juggernaut program, like Life University, without fear or intimidation, boosted confidence but also gave us key areas to focus on improvement.

We are implementing a fast paced, southern hemisphere style of play, emphasizing that all players are responsible for developing all skills. Open play is 85% of the game and everyone must be able to do everything. We have added structure and flexibility, relying on players to become decision makers and develop their Rugby IQ. 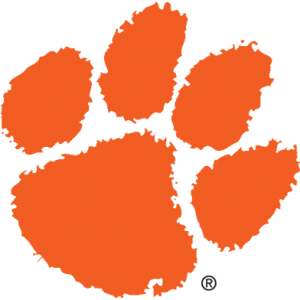