The Rowan University Rugby Club is just coming off an extremely successful trip to the 2017 Ariel Re Bermuda 7s. The team has continued to strengthen under the tutelage of coaches Tim Smith, Scott Palena and Curt Gruber.

The Rowan Rugby Football Club was established as a 7s team in 2006.  Rowan had a full 15s squad by September 2008 and enrolled in the Division III Metropolitan New York Rugby Union.

In 2011, the Profs transferred from the MET Union to the Division III Eastern Pennsylvania Rugby Union.  Rowan promptly recorded its first undefeated season and qualified for the EPRU championship.  The Profs continued on to the Regional and National championships later that season.

In the Fall of 2012, Rowan moved up to Division II and joined the newly formed Mid-Atlantic Rugby Conference.  They again finished the regular season undefeated and claimed the MARC championship.

The Spring of 2013 saw Rowan tour Ireland and play in the Northeast Sweet 16.  Rowan topped Norwich before losing to eventual champion Salisbury in the Elite 8.

Rowan finished the 2014 Fall season second in the MARC and played Fairfield University for the opportunity to compete in the Sweet 16.  The Profs overcame a 38-12 deficit to win the match 43-38 and claim their third Sweet 16 berth in four years.  Rowan fell to James Madison in the Round of 16.

The Profs completed yet another undefeated regular season in 2015 and swept to their second MARC championship.  In the national playoffs, Rowan topped UMass, 51-10, before losing to Towson, 41-44, in a hard fought Elite 8 game.  The Profs finished the 2015 season ranked #5 in the nation for DII rugby clubs.

Rowan continued their winning ways in 2016, extending their regular season winning streak and finishing the season once again undefeated.  The Profs took home their third MARC championship and returned to the national playoffs.  In the Sweet 16, Rowan topped Illinois State in a thrilling game before falling to Norwich in the Elite 8.  For the second year running, Rowan finished the year ranked #5 nationally.

The future looks bright for Rowan as they move up to DIAA.  The Profs enjoy strong support from an active alumni base and the Rowan Rugby Boosters.  With continued alumni and booster support, active recruiting of high school athletes and rugby players abroad, the Profs look forward to continued success.

The Rowan University men's rugby team were MARC champions in 2012. After making the MARC finals in '13 and '14, Rowan repeated as champs in fall 2015 with a 39-10 victory over Indiana University of Pennsylvania, sending the team to nationals, where they advanced to the Elite 8. 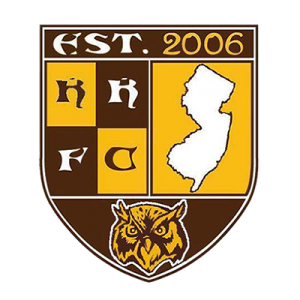