We're extremely excited to announce that Syracuse University Rugby @Cuse_Rugby has accepted our bid to participate in the 2015 @ACRCBowlSeries. The Hammerheads will face Notre Dame College @NDCFalconRugby in a Friday evening clash Nov 20th at the Rugby Athletic Center in Charlotte, NC.

Syracuse Rugby was founded in 1969 and has enjoyed much success since its humble beginning. Today's Hammerheads are competitive with clubs and universities across the eastern U.S.A and have even made their mark in nations such as the Bahamas, Argentina, and England while on tour.

Syracuse Surges in the Fall of 2015

Syracuse settled into the Empire Rugby Conference this fall with convincing wins over Fordham (36-13), Brockport (74-10) before a tough come from behind loss to perennial league power Stony Brook (26-33). But the Hammerheads finished strong with wins overUSMMA (43-21), Binghamton (51-0) and Colgate (30-8 tamping doubts that the Hammerheads belong in the championship match. Syracuse gets another shot against Stony Brook Sunday November 7, 2015 at Stony Brook. The winner claims the Empire Rugby Conference championship.

Binghamton was our most complete game of the season, as we were able to fully control the ball whilst being stingy in defense and playing disciplined rugby.

Structured defense (thank you Peter Bagetta) and a variety of attacking options from a ball control emphasis. We have an expansive running style. We like to take the ball from sideline to sideline while attempting to get as many people moving both on and off the ball. Defensively we work hard around the rucks and make sure our presence is felt at all times.

In the fall of 2014, Syracuse advanced to 2-2 after a 33-17 win over conference rival Brockport.  Syracuse is finished out the conference season with matches against Binghamton on Oct. 18 and Colgate on Oct. 25.

A flexible, yet serious five day practice schedule operates at fields on campus and at the Hookway recreation complex. There are winter training opportunities in the gym, weight room, Manley Field House and the Carrier Dome. 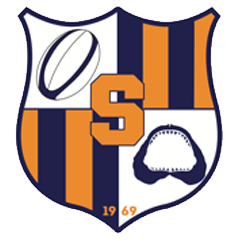