The University of Delaware rugby team was back on campus beginning in the fall of 2015. In the culmination of their return to national prominence, Delaware played Iona in the 2015 ACRC Bowl Series, scoring a major victory over the Gaels. The comeback effort earned them 2015 Men's College Club of the Year honors from Rugby Wrap Up.

The UD Rugby team has made great strides in a long and rich history dating back to 1972 and is working to ensure another 40 years of growth, both in on-field results and off-field brotherhood.

In 2016 spring sevens play, the Blue Hens notched wins over The Citadel, Harvard and Air Force to finish fifth at the Las Vegas Invitational. The team is led by seniors Chris Mattina and Joey Roberts. Mattina, who is team captain, and Roberts played for Atlantis, Wilmington RFC and other top-notch clubs during the time Delaware was not involved in rugby.

Delaware has been enjoying a strong fall as the team returns to D1 play for the first time in over three years. The Blue Hens have scored wins over Princeton, Rowan and St. Joes and hung tough against national powerhouses Army and Kutztown.

“Any team that beats Army and runs Kutztown close is a big challenge and one that we look forward to,” Murray says. “They are disciplined, very well coached and very aggressive. Both in defense and attack they will challenge us.”

Key for Delaware will be a balanced approach. “The game will ebb and flow and we need to be calm under pressure and try to stay accurate and aggressive,” Murray says.

Murray points out that Iona has done an excellent job this fall of controlling matches and the Blue Hens need to focus on using resources well and attempting to guide the pace of the game. 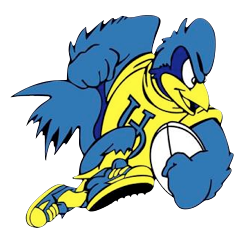