University of Michigan Rugby competes in the Big Ten Rugby Conference at the Division 1-A level. Michigan, one of the Big Ten's dominant teams, played Kutztown at the 2014 ACRC Bowl Series.

This fall saw the Wolverines post big victories against Illinois and Wisconsin (handing the Badgers their only conference loss) and lose to regular-season conference champ Indiana by a razor thin 19-17 margin.

All matches are played on campus on Mitchel Field; follow matches live @UMRFC.

Joel Conzelmann, senior, fly-half. Joel spent the summer in New Zealand where he perfected his skills and competed in their local tournaments. Joel has a total of 80 points this season or 30.8% of the teams total. His vision, leadership, and sound fundamentals make him a stand out for Michigan.

The other player is Jordan Ulmar, senior, tighthead prop. Jordan has been our iron man for the wolverines playing in all but 10 minutes of the season. He is a technical prop that  takes pride in his defensive work rate. Jordan is a quiet, steady workhorse.

Most significant accomplishments over the last 2-3 years?

How has your team progressed in recent years?

Michigan has maintained its D1A top 20 standing for the entire year of 2014.

Who are your main conference rivals? 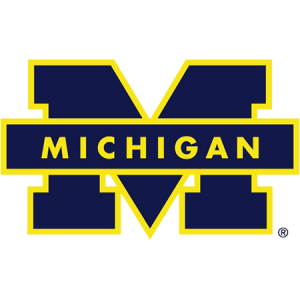