Madison Rugby Football Club is the men's rugby team of James Madison University, located in Harrisonburg, Virginia. Madison Rugby aims to provide a competitive and safe environment for JMU students to play, practice and perfect the sport of rugby.

The club currently fields three sides, a Varsity A-Side, a Varsity B-Side, and a Junior Varsity side. In the fall of 2016, JMU joined the newly formed Chesapeake Collegiate Rugby Conference. In July 2015, the A side moved up to the Division 1AA Keystone Conference after winning the USA Rugby College 7s DII National Championship in May. The B-side competes in the D2 Cardinal Conference.  The club also has a “Junior Varsity” side that competes in the Virginia Rugby Union of Division 3 College Men’s. This is more of a developmental/social side.

The club has been nothing but stepping in the right direction with winning the VRU D2 Championship in 2009 and 2010, and the Cardinal Conference Championship in 2013 and 2014. They were Keystone Conference champs in fall 2015. In 2016, they have notched tourney wins at the Capital and Keystone 7s, defeated UNLV, Colorado and Lindenwood-Belleville to reach the semifinals at the Las Vegas Invitational, and are competing in the D1AA playoffs.

The club currently has 5 coaches and 70 members. They stress team unity and competing at the highest level of play possible and that with great effort comes great reward.

    What key games, strategies or moments on the pitch define your Fall 2015 season?

A comprehensive victory over Virginia Tech, a sloppy and badly played defeat at Pitt, and the Keystone Conference final four tournament. (JMU played St. Joe’s on 11/14).

We try and play an attacking style of rugby both in our forwards and backs with a smothering style of defense.

An all American last year, he has made key contributions this year, having scored 10 tries and leading the forward pack.

Matt Narzakil
Position: Wing
Matt has been an exceptional finisher scoring a try in every game. He plays an aggressive defense. 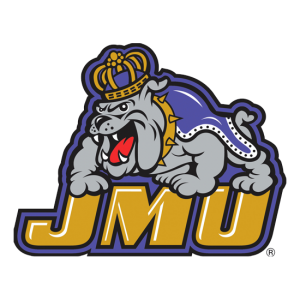