Cincinnati will play Stony Brook at the ACRC Bowl Series on Nov. 21. The Cincinnati head rugby coach is Mark Heidrich.

The University of Cincinnati Rugby Club, founded in 1974, carries a roster of 30-40 members and competes across the nation in both 15's and 7's, against elite level competition.

Cincinnati defeated #13-ranked Bowling Green on Oct. 24, a highlight of an excellent fall 2015 season for the Bearcats. Louisville and Miami University number among the other Mid-American Conference rivals to fall to Cincinnati in recent weeks.

  What key games, strategies or moments on the pitch define your Fall 2015 season?

Focus was on fitness, catching/passing, and tackling. Once we focused our skills, we could play in whatever dimension of the game we needed to.

Who are your two standout players?

At the 2014 ACRC7s in Virginia Beach, the Bearcats went 1-4 with losses to Kutztown, St. Joes and Old Dominion (2x) and a victory over E. Tennessee State.

In the 2012-2013 season, the team elected to move to Division I Rugby, competing in the MAC conference.

With the move to division one, Cincinnati is developing high-level skills playing against some of the best teams in the country. 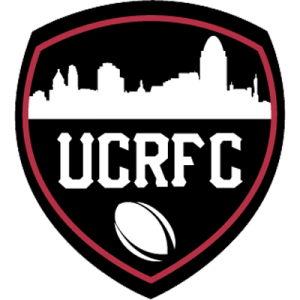