South Carolina comes off a successful fall 2015 season that saw the Gamecocks go 8-1. They sealed their trip to the 2015 ACRC Bowl Series with a 34-27 victory over Alabama at the SCRC semifinials on Nov. 14. South Carolina plays Tennessee in the Southeastern Rugby Championship Final at the Bowl Series in Charlotte on Saturday, Nov. 21 at 6:40pm.

South Carolina were Southeastern Collegiate Rugby Conference champions in 2014. In a contest dubbed the "Palmetto Bowl," The Gamecocks played Atlantic Coast Rugby League champion Clemson at the 2014 ACRC Bowl Series, falling to the Tigers in a dramatic, hard-fought match before a large crowd at the Rugby Athletic Center in Charlotte.

What key games, strategies or moments on the pitch define your Fall 2015 season of play?

Carolina’s semi-final match with undefeated Alabama will determine who advances to the SCRC Conference Championship. Should they advance, it would be Carolina’s 4th postseason appearance in the conference’s 5 year existence. The Gamecocks are the defending SCRC 15’s champions.

Fast paced tempo with the forwards controlling the ball in open play, attacking different channels of the field, giving our backs room to run.

Founded in 1967, the Men's Rugby at the University of South Carolina is the oldest club sport at USC, boasting a long and distinguished record of success. In 2007, the team was promoted to USA Rugby Division 1 and has demonstrated its national notoriety with proud annual showings in the National Top 25 collegiate rankings (American Rugby News & RugbyMag). Starting in Fall 2011, we began competing in the newly-revised Southeastern Collegiate Rugby Conference with some of the nation's most competitive teams, recently finishing 1st in 2014 and receiving a bid to the USA Rugby National Playoffs.

Our hard work is evident throughout the school year, as our season encompasses both the Fall and Spring Semesters. In addition to scheduled matches, we compete in a number of tournaments including the USA Rugby Collegiate 7's Championship, the USA 7's CRC 7's Invitational, the Southeastern Olympic 7s Tournament, and the Palmetto State Tournament, which we have won more times than any other team in South Carolina. Several team members are also annually selected to the Palmetto Rugby Union Collegiate All-Star team and the USA Rugby South Collegiate All-Star Tournament. 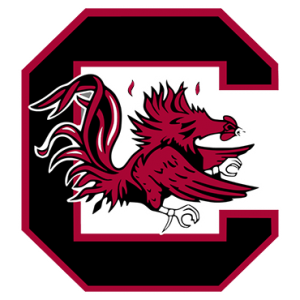