St. Bonaventure moved up to D1-A play in the Rugby East Conference in the fall of 2014, where they face national top 10 programs Army, Penn State and Kutztown.

Over the last decade the program has moved through the ranks of collegiate rugby in the Northeast. In 2012-13 the Bonnies advanced to the USA Rugby Elite Eight and also won the Empire Conference Sevens championship. They won a total of three Empire Conference Division 1-AA titles (2012 in fifteens, 2013 & ’14 in sevens).

Our season-changing moment came when we moved freshman Christian Artuso to fly half, freeing up senior Jordan Farrant to star in the centers. Artuso knows how to keep opposing defenses under pressure with his boot and pass, and that has relieved some of the pressure our forwards were under to do all the hard work.

Our September/early- October schedule was the toughest in the country, but once we made it to the bye week things came together and we’ve scored six tries in each of our final three matches.

Scrum halves Dan Dillon (senior) and Eamonn Matthews (freshman), and fly half Christian Artuso (freshman) are huge leaders and organizers for us, controlling territory with the kicking game.

Defensively we rely on pressure, physical two-man tackles, and a relentless effort. 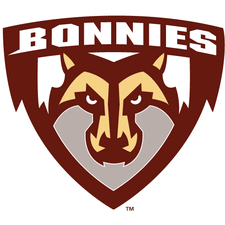