The KU Rugby's top squad returned to Bermuda in 2017 and won the tournament defeating the Bermuda squad by a final score of 33-5. Great final match! They placed fourth in international competition at the Ariel Re Bermuda 7s on March 18-19 2016. As they say in Kutztown Pennsylvania #RunWithTheBears.

Kutztown has had a busy spring 2016. In partnership with URugby, they host a sevens tournament April 23. They were champions of the Capital 7s Series at University of Mary Washington on March 12 and earned a Cup victory at the University of Maryland on March 26.

Kutztown played Indiana in the 2015 ACRC Bowl Series in Charlotte, NC. A perennial Rugby East power, Kutztown has had a great fall 2015 season, most notably defeating Army in one of the year's most talked about games. The team also has wins over ranked Wheeling Jesuit, Iona and Delaware.

What key games, strategies or moments on the pitch define your Fall 2015 season of play?

Key moments in the season were the team effort to face our first competitive test with Iona. We came home eleven point winners but looked at ourselves and realized that we hadn’t played to our potential in any game all season.

Iona was a turning point for us to take a very hard look at ourselves. I sincerely believe that was the focus for our coaching staff and captain as we prepared for Wheeling Jesuit and Army. The challenge that a much improved Iona team gave us was a big factor in Kutztown winning the Rugby East Championship.

The principals that characterize our style of play is a wide open attack and a very solid defense. We firmly believe defense wins championships. That was so evident when we gave up three tries to Penn State in the first half but shut them out in the second half to lock up the Rugby East title.

The 'Secret' Behind KU’s Success

After their defeat of Army on Oct. 24, 2015, We asked head coach Gregg Jones what the secret is behind Kutztown's recent success, both as a team and in the achievements of individual players such as Boathouse Sports Player of the Week Andrew DeColli. Here is his answer.

There is no secret, there is a culture. There is a mantra that we live by, "Go to work everyday.” Our players must attend class and practice, putting their best effort forward at all times.

We have a GPA minimum that is required to play. If a player falls below our standard, then he must sit out a semester until his GPA improves. Our practices are held at a pace beyond that of most games. They last ninety minutes and a strict emphasis is placed on maintaining that pace in all drills and scrimmages. No exceptions.

On top of all that, LC does an outstanding job of training our players in his gym, two or three times a week. Those workouts, which I won't reveal, are off the charts concerning intensity. Our players know that these are the conditions that must be met in order to maintain the requirements necessary for the opportunity to be Champions.

This is our Culture. It is very difficult and it has conditions. This culture has produced a combined (1st & 2nd side) three year record (15's & 7's) of 157-10-1. However, no matter how illustrious that might appear, it is merely a vehicle to teach young men what it takes to be a success in life, on and beyond the rugby pitch.

There is no secret. However there is a great deal of sacrifice in the beginning for our players. That work ethic eventually turns into a daily routine and the thoughts of sacrifice diminish. That is when LC and I have accomplished our mission to teach and to serve. That is our culture. This is the truth.

Then there is our attack and defensive systems which are so very strict and organized. The Army coach gave us a very nice compliment when he said, "Kutztown is so dangerous and attacked us from all facets of the field." "They are so patient and they control the game." The Wheeling Jesuit coach said the same "Kutztown runs a system, they never stray from it and they impose their will on you."

Players only learn to control games because of strict rules and practices within the KU culture. When players perform within an organized system, they know the requirements of their specific unit, tight five, back row, etc.—this along with LC's training regime and our combined coaching effort to teach the principles of "Go To Work Everyday" enables our players to excel and stand out as individuals.

Kutztown won both the 2015 URugby Sevens Philadelphia and the 2015 #​ACRC7s in Virginia Beach with over 60 sevens wins including a win over last year's ACRC winner AIC.  KU decided to only play sevens in the spring of 2015 and it seems to be paying off.

In a rematch of the 2014 final at the American Collegiate Rugby Championship Sevens in Virginia Beach, Kutztown defeated American International College by a score of 36-27 for the Cup and the championship.

In the fall of 2014, the Golden Bears were coming off a golden spring of sevens play, which saw the team rack up an astounding 34-2 record, losing only to Cal State in the final of the CRCs in Philadelphia and to American International College in the final game of the ACRC7s in Virginia Beach. The team has been led by head coach Gregg Jones since 1986 and has logged over 600 victories during his tenure, cementing their status as one of the nation’s elite rugby programs. 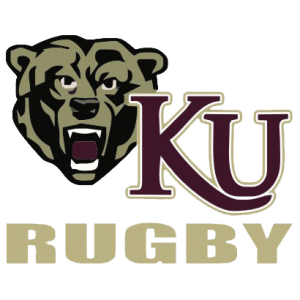