Officially organized in the Summer of 2014, the Upstate Small College Rugby Conference (UpSCRC) is comprised of men's teams from Upstate New York. The creation of UpSCRC is in response to USA Rugby's shift to a college conference system.

Affiliated with USA Rugby as an Independent Conference and closely aligned with the National Small College Rugby Organization, UpSCRC's goals will be to inspire the overall growth of college rugby, promote safe play, create stronger individual team programs and increase positive awareness on campuses. UpSCRC will have concurrent jurisdiction over its members in all matters of a local nature pertaining to the administration of rugby activities to include, but not limited to, local scheduling, discipline, and related matters.

The Conference is committed to providing member teams with a full season of rugby competition, while recognizing a shared concern for the ever increasing impact of travel costs. As such, the Conference will be comprised of two geographically based regions (North and West). During the Fall competitive season weekly competition will remain within each region, with a "crossover" occurring for the overall UpSCRC Conference Championships. The UpSCRC Championship will lead teams to participation in the NSCRO national playoffs series. In addition to the traditional Fall rugby season, the Conference is committed to the creation of a similarly administered Spring 7's championship. 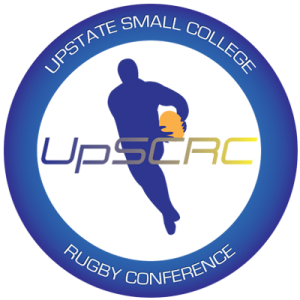